We're developing a revolutionary intranasal device for patients with anaphylaxis 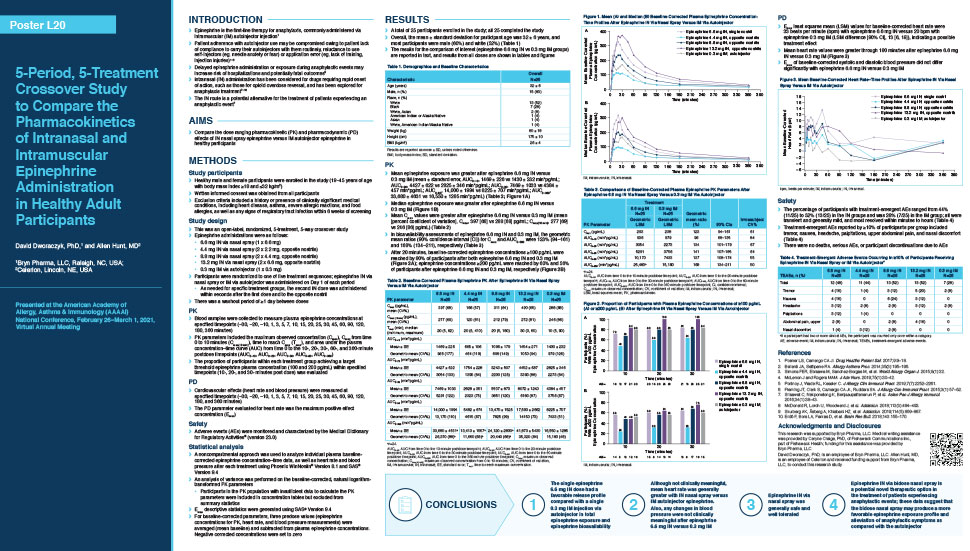 Bryn Pharma presented their findings from a 5 Period, 5-way crossover study during a virtual meeting at the American Academy of Allergy, Asthma & Immunology.

Results suggested that the bi-dose nasal spray may produce a more favorable epinephrine exposure profile and alleviation of anaphylactic symptoms as compared with the autoinjector. 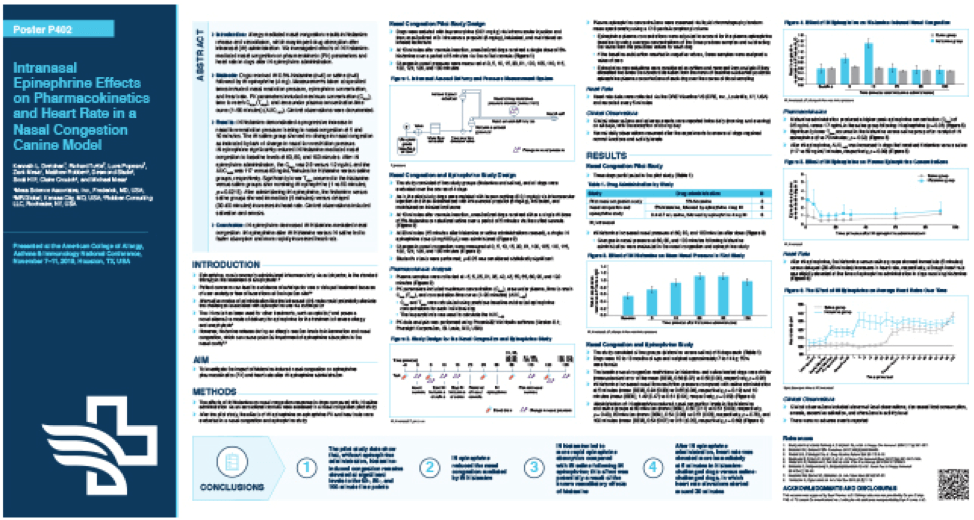 At the 2019 American College of Allergy, Asthma & Immunology National Conference (ACAAI) in Houston, Bryn Pharma presented findings from their preclinical study assessing intranasal epinephrine effects on pharmacokinetics and heart rate in a nasal congestion canine model. The full manuscript of the study was released in Respiratory Research on April 3, 2020.

In the study, intranasal epinephrine entered the blood plasma even in the presence of nasal congestion.

Click to view the full study at Respiratory Research

Results from a canine study on pharmacokinetics and heart rate effects

Results from the study were released on April 17, 2020. Overall, IN epinephrine demonstrated advantages over IM epinephrine, including rapid increase in plasma epinephrine and lack of increased heart rate over time.

Click to view the full study at Pharmacology Research & Perspectives 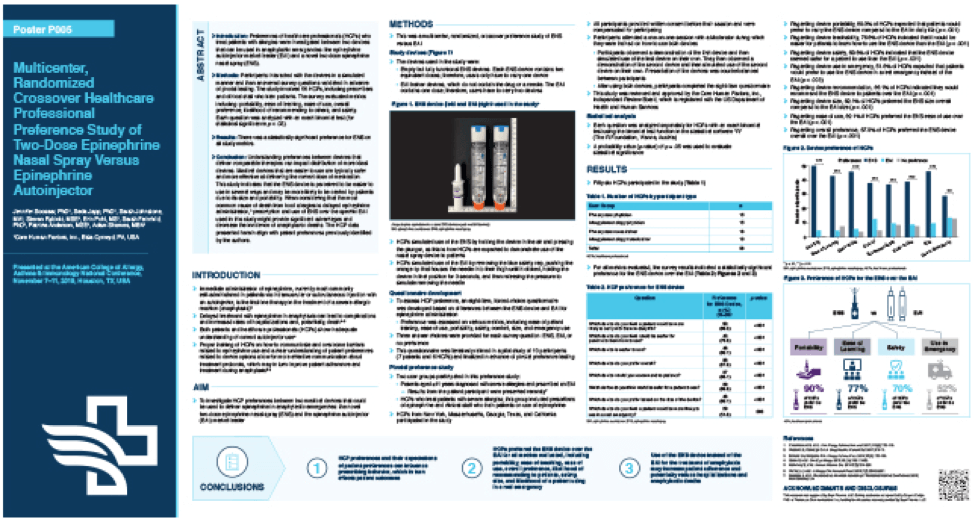 Results from the study show significant preference in 56 healthcare professionals for the bi-dose epinephrine nasal spray over the EpiPen® auto-injector based on an array of assessments. 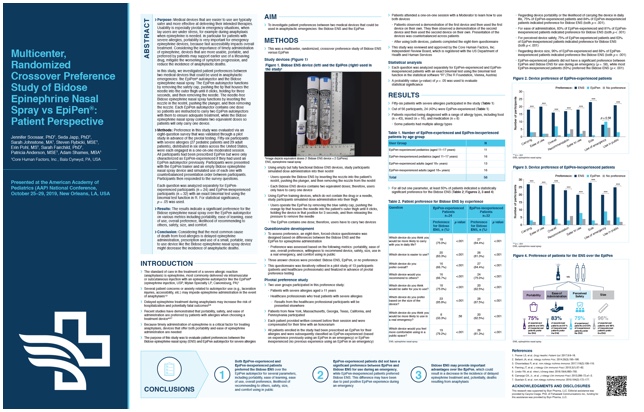 In October 2019, Bryn Pharma released the results of a multicenter, randomized crossover patient preference study between the EpiPen® auto-injector and the bi-dose epinephrine nasal spray were presented at the American Academy of Pediatrics (AAP) National Conference in New Orleans, LA.

Results from the study show patients’ significant preference for the bi-dose epinephrine nasal spray over the EpiPen® auto-injector on various metrics including comfort, ease of use, portability, and overall preference. The study assessed other preference factors as well.

We are developing BRYN-NDS1C, an epinephrine nasal spray, for the treatment of anaphylaxis. Studies have shown that, in spite of practice and prescription guidelines, the majority of people at risk for anaphylaxis don't always carry one of their auto-injectors, and even fewer carry two epinephrine auto-injectors. This is due in part to size and cost of the products, putting patients at greater risk of severe complications during an allergic reaction. BRYN-NDS1C is designed to provide patients with a life-saving treatment that is needle free, fits in a pocket, is easy to use, and complies with practice parameters.

Over the last three years, we and our research and clinical collaborators have completed extensive preclinical and clinical trials of BRYN-NDS1C designed to support regulatory submission and approval to market the product candidate. In early 2019, the U.S. Food and Drug Administration (FDA) granted Fast Track Designation to BRYN-NDS1C. We have successfully completed pilot studies demonstrating the proof of concept of the innovative treatment, and in October 2019 we completed dosing in the pivotal human trial designed to support U.S. approval to market the product candidate. BRYN-NDS1C is not currently approved for sale by the FDA or any international regulatory authority.

Check back for updates on our device. 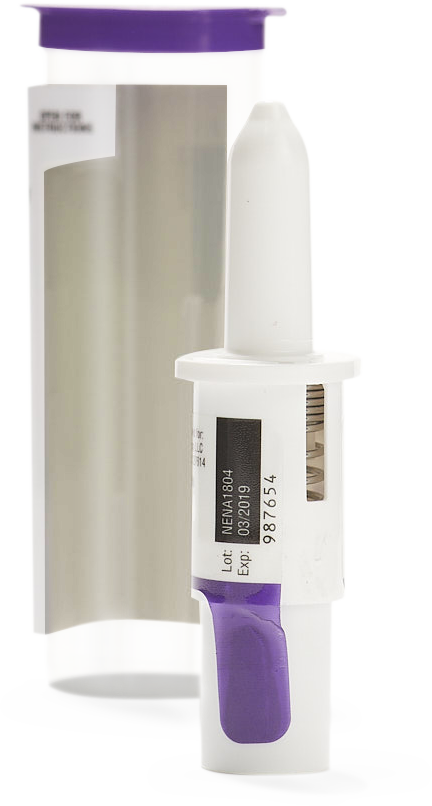